Bandwidth requirements for Voice over IP can be a tricky beast to tame until you look at the method and factors...

involved. This guide investigates what bandwidth means for VoIP, how to calculate bandwidth consumption for a VoIP network and how bandwidth can be saved by using voice compression.

What about bandwidth for VoIP?

Voice over IP (VoIP) is the descriptor for the technology used to carry digitized voice over an IP data network. VoIP requires two classes of protocols: a signaling protocol such as SIP, H.323 or MGCP that is used to set up, disconnect and control the calls and telephony features; and a protocol to carry speech packets. The Real-Time Transport Protocol (RTP) carries speech transmission. RTP is an IETF standard introduced in 1995 when H.323 was standardized. RTP will work with any signaling protocol. It is the commonly used protocol among IP PBX vendors.

An IP phone or softphone generates a voice packet every 10, 20, 30 or 40ms, depending on the vendor's implementation. The 10 to 40ms of digitized speech can be uncompressed, compressed and even encrypted. This does not matter to the RTP protocol. As you have already figured out, it takes many packets to carry one word.

End-to-end (phone-to-phone) delay needs to be limited. The shorter the packet creation delay, the more network delay the VoIP call can tolerate. Shorter packets cause less of a problem if the packet is lost. Short packets require more bandwidth, however, because of increased packet overhead (this is discussed below). Longer packets that contain more speech bytes reduce the bandwidth requirements but produce a longer construction delay and are harder to fix if lost. Many vendors have chosen 20 or 30ms size packets.

The RTP header field contains the digitized speech sample (20 or 30ms of a word) time stamp and sequence number and identifies the content of each voice packet. The content descriptor defines the compression technique (if there is one) used in the packet. The RTP packet format for VoIP over Ethernet is shown below.

RTP can be carried on frame relay, ATM, PPP and other networks with only the far right header and left trailer varying by protocol. The digitized voice field, RTP, UDP and IP headers remain the same.

In reality, there is no Voice over IP. It is really voice over RTP, over UDP, over IP and usually over Ethernet. The headers and trailers are required fields for the networks to carry the packets. The header and trailer overhead can be called the shipping and handling cost.

The RTP plus UDP plus IP headers will add on 40 bytes. The Ethernet header and trailer account for another 18 bytes of overhead, for a total of at least 58 bytes of overhead before there are any voice bytes in the packet. These headers, plus the Ethernet header, produce the overhead for shipping the packets. This overhead can range from 20% to 80% of the bandwidth consumed over the LAN and WAN. Many implementations of RTP have no encryption, or the vendor has provided its own encryption facilities. An IP PBX vendor may offer a standardized secure version of RTP (SRTP).

Shorter packets have higher overhead. There are 54 bytes of overhead carrying the voice bytes. As the size of the voice field gets larger with longer packets, the percentage of overhead decreases -- therefore the needed bandwidth decreases. In other words, bigger packets are more efficient than smaller packets.

The bandwidth needed for VoIP transmission will depend on a few factors: the compression technology, packet overhead, network protocol used and whether silence suppression is used. This tip investigates the first three considerations. Silence suppression will be covered in a later tip.

How much bandwidth to allocate depends on:

The results of this method of calculation are contained in the next table, "Packet voice transmission requirements." The table demonstrates these points:

The varying designs of packet size, voice compression choice and header compression make it difficult to determine the bandwidth to calculate for a continuous speech voice call. The IP PBX or IP phone vendor should be able to provide tables like the one above for their products. Many vendors have selected 30 ms for the payload size of their VoIP implementations. A good rule of thumb is to reserve 24 Kbps of IP network bandwidth per call for 8 Kbps (G.729-like) compressed voice. If G.711 is used, then reserve 80 Kbps of bandwidth.

If silence suppression/voice activity detection is used, the bandwidth consumption may drop 50% -- to 8 Kbps total per VoIP call. But the assumption that everyone will alternate between voice and silence without conflicting with each other is not always realistic. Silence suppression will be discussed in a later tip.

Most enterprise designers do not perform these calculations. The vendor provides the necessary information. The designer does have some freedom, such as selecting the compression technique for voice payloads and headers, and may be able to vary the packet size.

How can voice compression save bandwidth?

The Public Switched Telephone Network (PSTN) started with the transmission of analog speech. This worked well for decades until the areas under city streets became saturated with copper cables, one copper pair per call. Starting in the 1950s, AT&T Bell Labs developed a technique to carry more voice calls over copper wire. They developed digitized voice technology through which 24 digital calls can be carried on two pairs of copper wire, thereby increasing the carrying capacity of the cables twelvefold. The voice is digitized into streams of 64,000 bps per call. The technology is called a T1 circuit and the bandwidth for the 24 calls is 1.544 Mbps. This worked well for domestic connections. The T1 technology then became the mechanism for long-distance domestic transmission.

As the PBX market has moved into an IP-based environment, voice compression has become attractive for WAN transmission. Voice compression can be used on a LAN, but since LANs have so much available bandwidth, it is not commonly applied to the LAN.

The CODEC (COder/DECoder) is the component in an IP phone that digitizes the voice and converts it back into an analog stream of speech. The CODEC is the analog-to-digital-to-analog converter. The CODEC may also perform the voice compression and decompression.

The quality of a voice call is defined by the Mean Opinion Score (MOS). A score of 4.4 to 4.5 out of a possible 5.0 is considered to be toll quality. Voice compression will affect the MOS. An MOS below 4.0 will usually produce complaints from the callers. Cell phone calls average about 3.8 to 4.0 for the MOS. The following table presents the voice MOS for different standard CODECs:

Second, voice compression also adds delay to the end-to-end call. The table shows the sampling delay for one phone. This delay is doubled for the two phones of a call. This end-to-end delay needs to be limited. As compression increases, the delay experienced in the IP network needs to decrease, which increases the cost of transmission over the WAN, but not the LAN. The delays shown in the table are the theoretical minimum. The actual delays experienced will probably exceed 30 ms, no matter what compression technology is implemented. This delay will vary by vendor.

The conclusion is that digital voice compression is worth pursuing for VoIP transmission on a WAN, but it comes with some costs in voice quality reduction and increased end-to-end delay.

→ For more information, view this VoIP over WAN tutorial.

About the author:
Gary Audin has more than 40 years of computer, communications and security experience. He has planned, designed, specified, implemented and operated data, LAN and telephone networks. These have included local area, national and international networks, as well as VoIP and IP convergent networks in the U.S., Canada, Europe, Australia and Asia.

How to calculate VoIP bandwidth consumption

An introduction to VoIP bandwidth 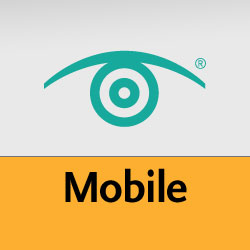 SearchMobileComputing - 20 Jun 2007 8:00 PM
Do you use voice compression to save bandwidth?