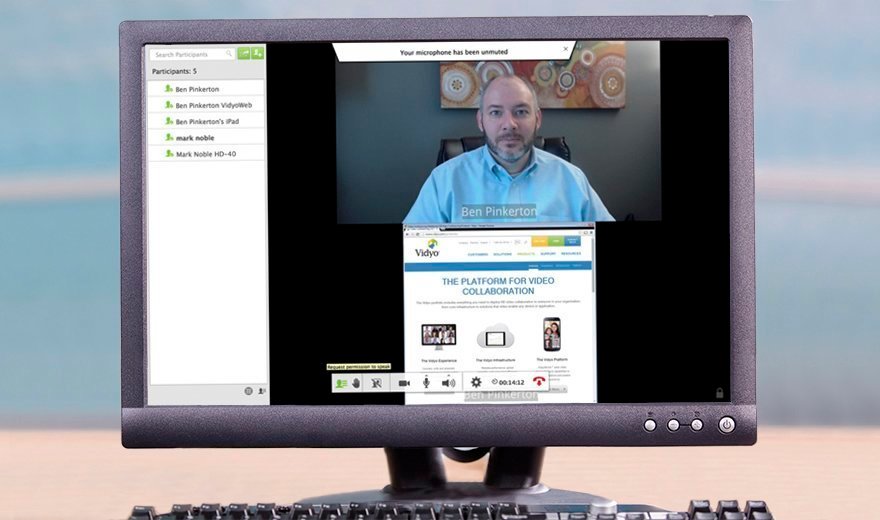 Video meetings can be chaotic without the right moderating tools, especially with a large number of participants. Presenter mode offers greater management by giving the meeting host direct control.

Vidyo offers a presenter mode feature in its services, including VidyoDesktop and VidyoPortal. The feature lets the meeting host monitor participants and control their cameras and microphones.

"You can toggle it on the fly from an ad hoc meeting and turn it into a more moderated conference," Ben Pinkerton, technical marketing manager for Vidyo, said.

He said the host can designate a participant as a presenter, which allows the participant to speak and share content. Only the active speaker is allowed to share content while the meeting is in presenter mode. Muted participants can click a button to "raise their hand" in order to be unmuted and ask a question, Pinkerton said.

With a presenter mode feature, enterprises can start using Vidyo as a Web conferencing replacement, he said.

Nemertes Research analyst Irwin Lazar said the convergence of Web and video conferencing tools is a growing trend. According to the Nemertes 2015-2016 Unified Communications and Collaboration Benchmark, 15% of enterprises are more likely to integrate a Web conferencing service with their room video conferencing systems to bring to the two together.

Historically, meeting management tools that range from the meeting layout to muting particular users were reserved for the IT department, Pinkerton added.

"Now you can manage a meeting right from the interface; IT doesn't have to do anything," he said.