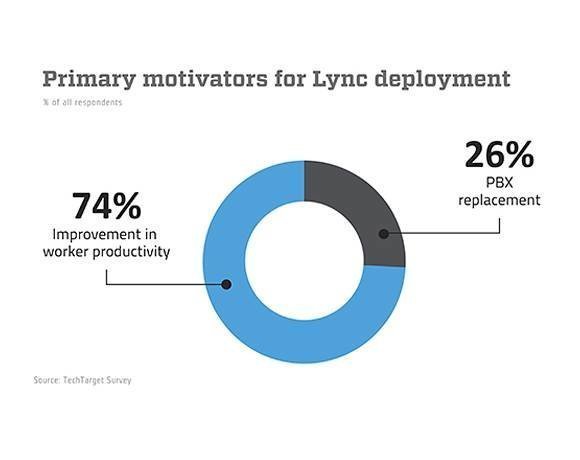 There were a few other interesting factoids that I took away from the survey. The first one looked at the primary motivator for Lync. If you look historically at unified communications deployments, they've tracked along PBX replacement cycles. Makes sense, right? However, with Lync deployments, the opposite is true. Seventy-four percent claimed to be deploying Lync for improvements in worker productivity, and only 26% as a PBX replacement. I think the main reason for this is that voice isn't the lead UC application for Lync, as it is for the rest of the UC landscape. Lync deployments typically start at the desktop, and PBX replacement comes later.