Video conferencing is no longer just for business executives meeting face-to-face in a boardroom. Large conference rooms for high-level employees account for only a fraction of the meetings conducted in an organization. 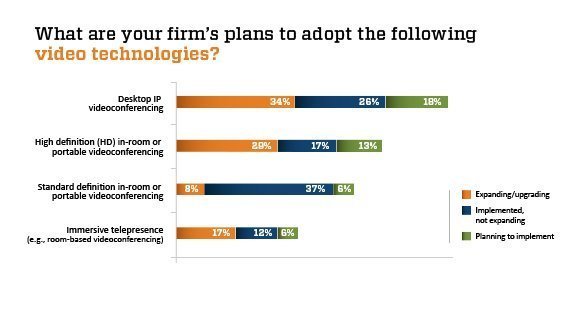 A Forrester Forrsights Networks And Telecommunications Survey found that 34% of 309 U.S.-based IT decision makers are expanding or upgrading their desktop IP videoconferencing solutions -- making it a more popular investment than all other video options, including immersive telepresence and high-definition and standard-definition in-room and portable videoconferencing. [See figure.]

Why? Logitech commissioned Forrester to dig deeper. Interviews with 50 IT decision makers using desktop and room-based video conferencing revealed that lower-level employees need business videoconferencing too, which makes cheaper desktop options appealing. Also, younger employees are accustomed to video chats on their personal computing devices, and they are asking for these capabilities. 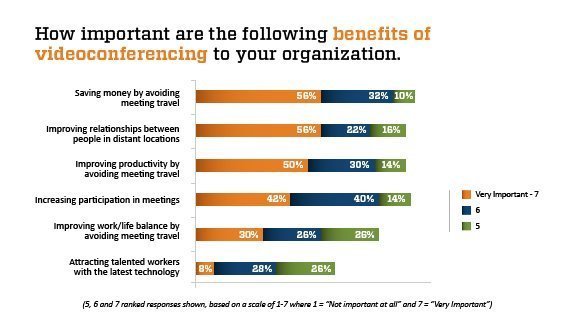 What benefits do videoconferences bring? The majority of interviewees cited travel avoidance and a better meeting engagement. Other benefits included improved user productivity and improved relationships between people in disparate locations. [See figure.]

In spite of the benefits, video conference adoption is not prevalent. A Forrsights Workforce Employee Survey revealed that employees still prefer to communicate by phone or email instead of by video. [See figure.] Other videoconference deterrents include: 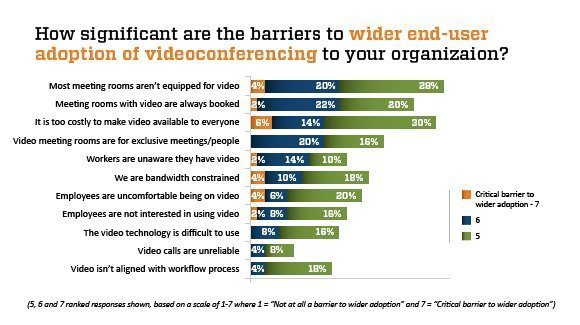 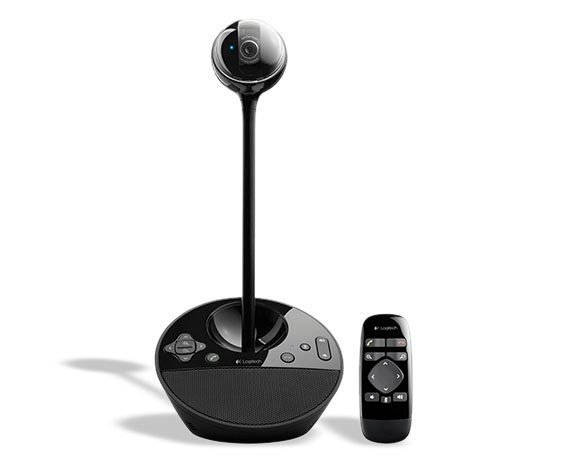 In late 2012, Logitech launched its BCC950 ConferenceCam -- a $249.99 small-meeting camera sold by business-to-business resellers. A speaker platform has a 9-inch arm that holds the eye of the camera, which is able to rotate 78 degrees; the 9-inch height is ideal for viewing a small group of users in a meeting. It's designed to bridge the gap between room-based video systems and webcams designed for one-on-one users. By using the H.264 codec, no software installation is required for either Macs or PCs. The USB-based BCC950 offers 1080p video at 30 frames per second and an omnidirectional speaker that delivers crystal-clear voice within an 8-foot radius.

Because the conference camera is compatible with desktop and unified communications applications (from vendors like Adobe Connect, Avaya, Cisco, Citrix, Microsoft and Skype) Logitech hopes to address the concerns around compatibility and ease of use.

"While desktop videoconferencing is becoming more popular in both the consumer and business markets, business buyers have a stronger appetite for high-quality audio and video. For a business buyer, the $250 price point is palatable, compared to the thousands of dollars spent on a typical room system," Forrester analyst Phil Karcher said.

Desktop video and telepresence interoperability on the way

Safoian says he has a camera in his office, for ad hoc meetings, and across multiple conference rooms for his 70 employees, 25% of whom are distributed across the U.S. in home-based offices. "We've even interviewed potential candidates and have hired remote workers who have only been interviewed by video. … This broadens our pool of candidates," he said.

In addition to expanding his hiring pool, Safoian says it's helped build better relationships with customers. "They're more than just a voice and email address," he said.

Forrester's Karcher said vendors need to address the market that SADA embodies -- enterprises looking for ad hoc, desktop and small group video conferencing. "Although mobile is getting a lot of attention, there's more opportunity where people will be in the middle," he said.