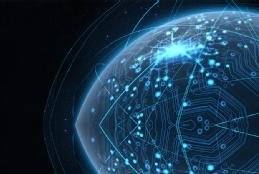 The security of unified communications platforms is not exactly the sexiest topic. Security in general can be a tough sell. People don't think a data breach can happen to them until it actually happens.

However, security is clearly vital. If a breach occurs, your organization could lose trade secrets and its reputation. Despite these serious threats, security for UC platforms is not a top priority for many IT leaders, according to a recent study by Nemertes Research, a tech advisory firm.

Historically, unified communications platforms have consisted of closed systems not easily accessible from outside threats. But now these platforms are opening up to the outside world, thanks largely to the proliferation of cloud services, which could rouse new security concerns.

Another reason for the lack of UC security scrutiny is unified communications systems are not exactly considered high-value targets. Instead, hackers might exploit customer data and account information for their own financial gain. Additionally, unified communications security might be lumped in with larger networking security concerns and not seen as a separate vulnerability.

But the threat is real. While unified communications platforms might not be a hacker's main target, email generally is the initial vulnerability. Once email systems are breached, however, hackers could then access UC tools, such as conferencing phone numbers and static passcodes. Recent high-profile email breaches -- and misuse -- highlight the need for heightened security.

To further UC security concerns, employees outside of IT now have easy access to web-based tools. Lines of business, for instance, can download messaging software without IT's knowledge or approval, which raises additional security issues.

Maybe unified communications and security don't make such strange bedfellows after all.

E-Handbook: How to reap the benefits of unified communications security

With greater use of cloud, unified communications platforms are now inherent to all the security risks of other parts of IT. UC security must become an IT priority.

UCaaS providers reap the benefits of changing attitudes toward cloud

Many organizations are viewing UCaaS as a more secure alternative to their on-premises technologies. Is it time for you to consider unified communications as a service?

UC security is not a priority, according to a survey of IT professionals. But security should not be overlooked, as cloud UC creates new risks.

As more companies tap into enterprise messaging services, certain security considerations arise. Encryption, for instance, is a core requirement for any service.